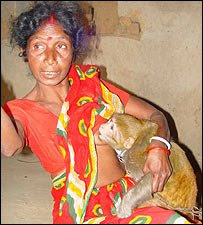 Would You Drink Breast Milk Ice Cream?
Not long ago, Hans Locher, the landlord of the Swiss restaurant Storchen, announced he intended to serve soup, sauces, and even antelope steak in a glaze that contained up to 75% human breast-milk content. The idea came to him 35 years before when he experimented cooking with his wife’s surplus milk. Locher offered US$14.50 for a liter of human milk, but his aspirations were squashed by the Swiss government: "Humans are not on the list of authorised milk suppliers such as cows or sheep."

In response to the international news on Locher’s proposal, People for the Ethical Treatment of Animals (PETA), sent out a letter to Ben & Jerry’s, requesting that they begin to integrate human milk into their product. (Using human milk for human food isn’t the newest idea). Ben & Jerry’s then sent PETA a letter of their own. They wrote: "We applaud PETA's novel approach to bringing attention to an issue, but we believe a mother's milk is best used for her child." A woman who was later interviewed at the Ben & Jerry’s factory was grossed out by the suggestion, especially after having to deal with nursing her own children: “The (breast) pumps just weren't that much fun. You really do feel like a cow.”

In all the buzz, Americans really didn’t understand PETA’s intentions. The letter was in jest, a clever way of getting the press to not only inform the public on the perils of drinking cow’s milk, but also to rattle some awareness into people that “cow’s milk is for baby cows.” Ben & Jerry’s letter summarized PETA’s point to the tee: “Mother’s milk is best used for her child.” In other words, stop making ice cream with the milk of mother cows; calves should be drinking cow’s milk, not human adults!
Read more »
Posted by Adamas 7 comments

The Origins of HEALTH: The Sprouting of a Future 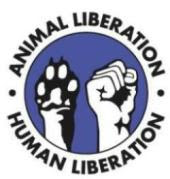 6. Crisis of Identity
Many vegans and vegetarian I know tell me that they got involved with “animal rights” only after they were first involved with human rights. For me, however, it was the opposite. Sometimes I joke that I came through “the backdoor” of the house of social justice. To me, “the environment” was the most important issue. Despite knowing relatively little about local ecosystems and plants as well as the principles of ecology, I thought I felt a deep connection and obligation toward this Other. Again, to me, all humans were equivalent to one another.

In the winter of 2004, the beginning of my second semester, a student would return to Beloit from her semester abroad and set my down a new path in life. Her name was Annie, a member of the OEC who had just returned from a field studies program in Tanzania. She was the second vegan that I knew personally—the first was Rachel, someone who I met during my first week at Beloit. After the first meeting of the semester, I chatted with her about her experiences in Tanzania and somehow the topics of animal rights came up. I told her I had always wanted to see how animals were treated before they were made into food, how they were slaughtered. She lent me a video, which I brought back to my dorm and placed into the VCR. One of my friends, who had just finished watching the Meatrix, decided to join me. In a way, I expected the film to inspire me to commit to vegetarianism—I wanted it too--,but I grievously underestimated the impact it would have on my life.

The Origins of HEALTH: The Milieu of Modernity 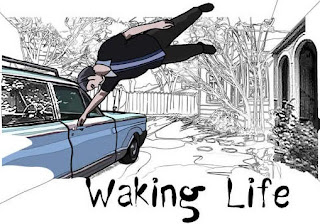 3. The Misanthropic Defense
Somwhat ironically, I had become vegetarian because I cared about the individuality of animals, yet the token environmentalist in me was really just concerned about species—hence the irony in my desire to be a vegetarian hunter. In high school, I tried to rationalize myself out of animal activism. It wasn’t the individual that mattered, but the ecosystem. Thinking about individuals was narrow-minded. The big picture was what was important. These sentiments, however, I do not believe came out of some (ir)rational void; they had emerged from a very particular social milieu. These feelings of detachment from other individuals and the care I felt toward them never existed within the first year or so of going vegetarian.
Read more »
Posted by Adamas 2 comments

The Origins of HEALTH: The Foundational Years

Introduction
This is the first post in a trilogy in which I will share my own personal narrative of how I arrived to the moral position I hold today. This essay comes out of a Moral Values presentation I was invited to give at my college as a person who had an active presence on campus.

You may be wondering, "What exactly does this have to do with coalition building, veganism, and feeding the world?" Good question! These will all be answered if you read through the posts. But the main reason I am posting this autobibliographical information is because I believe in the power of narrative. Narrative allows us the unique opportunity to understand another in a way few other things can. Through, narrative we see each other first as people and then as--perhaps in my case--vegans, privileged males, (eco)feminists, crazy liberals, etc. Thus, stories break through political divisions and present a face to which we are invited to ethically respond to (i.e. Levinas). So whatever our opinion is on killing animals and free trade, this is an opportunity to delve into someone else's history of ideas, to see "where they are coming from."

We are indeed narrative creatures. Many philosophers are of the opinion that it is through telling stories that make us the most human, although I'll let you decide on that one. Hannah Arendt discusses in her The Human Condition the power of storytelling as political action, behavior that has a beginning but no ending. Stories are told and retold, each retelling a new interpretation. In fact, there are clinical psychologists who promote narrative therapy as a way of treating anxieties, because how we tell stories, how we choose to end them, and which ones we choose to tell shape our self-perception, our very identity. The following is not just my story, but a small slice of a larger story. We never have ownership of these stories, they are born in communities and transcend the life of the narrator... Really, though, I hope people may find some valuable knowledge in this story as I have. Through stories, we discover things about others, as well as about ourselves. Stories can also provide inspiration. As you'll read, I did not choose a vegan lifestyle until I was 19 because (other than being ignorant of animal agribusiness) I knew of no stories to provide me with guidance. If you've ever been veg*n, you'll know how much most of us enjoy learning others' journeys.
Read more »
Posted by Adamas 1 comments

Welcome to the first official web site for HEALTH (Humans, Earth, and Animals Living Together Harmoniously). This blog will be devoted to

I love hearing from you! Leave a comment or send me an email...
Posted by Adamas 2 comments