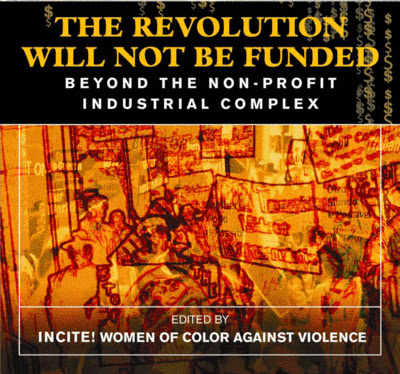 I've been thinking about the state of the animal defense movement* quite a lot after attending four conferences on organizing this summer. Perhaps for the better, the Animal Rights 2013 conference was not one of them. The conferences I attended were either organized by and for grassroots activist or were nearly silent on the status of animal others. Never have I learned so much and been inspired more. There I was exposed to alternative interpretations of the history and politics of the US and the modern world, and there I realized how white and superficial the analyses and strategies of mainstream animal activists often are.

This post is dedicated to providing resources to those open to re-assessing the history, politics, organization, tactics, theories, and language of the animal defense movement. I intend to write more about the presentations and drama I witnessed at these conferences, but for now I want to share some essays and presentations that have really challenged and inspired me to re-think my assumptions and history of abstract theorizing that is valued in academic settings, especially in philosophy.


The History and Politics of the Animal Defense Movement
With the rise of the vegan movements, the politics of animal defense have become increasing personal that many activists have forgotten that vegan-consumption is just one strategy, and not even the most important. On the other hand, large nonprofits have taken to reforms that do not challenge the source of animal oppression: their status as commodities. Yet still, animal defense is often interpreted from the perspective of those who have made careers at nonprofits and universities--what of the history of the grassroots?

The Limits of Vegetarian Outreach
Vegetarian outreach has been a staple of the nonprofit animal defense movement since the 1990's when activists realized that over 95% of animals were killed and exploited by agribusiness. While there is much debate over how to best "sell" vegetarianism, critiques of the sufficiency of veganism as a "baseline" has been less frequent. Is vegan education our most effective tactic? Is "veganism" sufficient for animal liberation?


Critiques of Non-Profit Campaigns & Conferences
The hegemony of corporate non-profits have "hijacked" the strategy, language, and tactics of animal liberation. Non-profits generate funds and publicity for animals, however, they have also been notoriously conservative on matters of class, race, and gender in their organizations and campaigns. Their collusion with State power, capital, and white supremacy has built a large funding base, but are they building a movement upon the marginalization and oppression of humans?

The Intersections of Human and White Privilege in the ADM
The animal defense movement has continued to be the whitest social justice movements in the US for decades, despite that people of color are no less compassionate and no less likely to be vegetarian. We've already looked at colonial campaigns, analogies that alienate, under-representation in leadership, and complicity in racist law enforcement. What analytic tools, strategies, and language can whites adopt and support to build coalitions across racialized experiences?

How to Disrupt Oppression
Once equipped with more sophisticated theory and more supportive of people of color and queer leadership and projects, animal activists are on their way to building a movement that reaches beyond the single-issue identity politics of "animal rights." This is, of course, easier than it sounds. Because nearly all of us in the US have been colonised by white supremacist capitalist heteropatriarchy, it will take some effort on our behalf to challenge its "common sense" built into our brains-and-flesh. How can we resist these old habits?

Critiques of Ally, Intersectionality, and Privilege
Over the last ten years as the internet has made it easier to "call-out" animal activists for their complicity with racism and other oppressive systems, some mainstream organizations and many white activists have adopted the language of anti-oppression. Have white activists' identification as allies, acknowledgement of their privileges, and references to "intersectionality" transformed their activism or obscured privilege and power?

Are there any essays, talks, and books that have changed your advocacy for animals? Please share in the comments. I may add them to the list!


Animal Rights Dead Ends:
The following list was spontaneously compiled by grassroots activists on FB on August 28, 2012. Make of it what you will:

*I use the term "animal defense movement" as an acknowledgement that legal rights are but one (imcomplete) strategy to achieve total liberation for human and animal others alike. "Defense" thus serves as an umbrella term for all movements that advocate for animals: wildlife defense, animal welfare, animal rights reform, vegan abolitionism, and animal liberation.
Posted by Adamas

Brilliant...lots of great links to look through. I cannot recommend "The Revolution Will Not Be Funded" enough, that book has influenced my work so much.

I'd encourage you to add Building An Inter-generational movement... http://vimeo.com/75723821